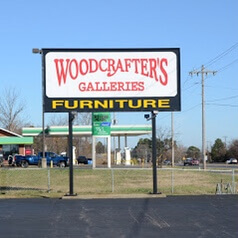 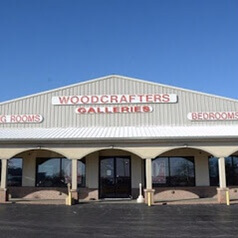 Woodcrafters Water beds was opened in Paducah, KY in 1981 by O.H. Wooley. In 1981, Mr. Wooley hired his nephew, Tim Wilson, as a general manager. Tim worked in the West Paducah location until 1983. At this time, a second store was opened in Murray, KY. Tim managed this store while his wife, Donna, did clerical/bookkeeping duties for both locations.

In 1987, Tim and Donna Wilson purchased the Murray location. The business grew from water beds to include conventional furniture. In 1989, brothers Tim and Greg became partners giving the store a new name - Woodcrafters Galleries.

After an expansion to a new and present location in 2001, Woodcrafters now has a 24,000 square ft. building to offer their customers name brand products at affordable prices.

From the Wilson's, we would like to express our gratitude to the thousands of customers we have had the opportunity to serve and to the ones we look forward to earning, a very sincere thank you.

Tell Us About Yourself

We're proud to be a small, local business and we want to get to know our customers.

We appreciate it! Please don't hesitate to contact us if you have any questions.